10 Minutes With: Developing age-appropriate vocabulary with students with multiple disabilities 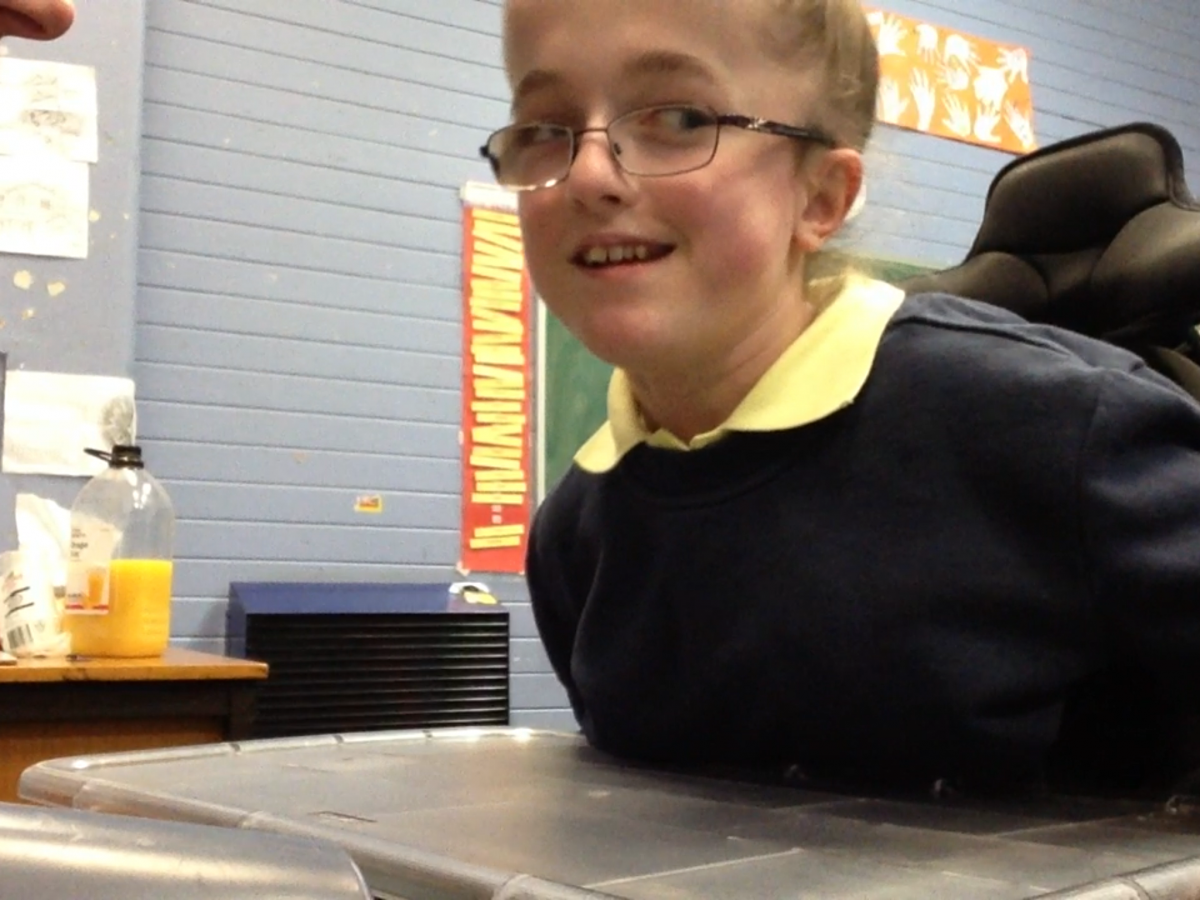 This year I am working with a student who has Cortical Vision Impairment (CVI) and multiple physical disabilities. I won’t use his real name here; let’s call him Al.
Al is in year 11 at a regional public school; he is 17 years old and has been in mainstream education for all of his schooling. Al has very little independent movement and while his vision programs since kindergarten have endeavoured to find a way for him to make and indicated choices, this has not yet been achieved. Al has a very limited vocabulary, he can say “Yeah” but says it more as “I heard you” than to indicate he agrees. However, he has a variety of tones in his speech that can indicate meaning. He can say a few other simple words to indicate people, and can say “Bye” at appropriate times.
Al is a sweet, funny person and I find it a pleasure to work with him. He loves being with people and listens intently and with great concentration when people speak to him or read to him. Throughout his school life Al has had the most wonderful class teachers, who have tried in every way to make his school experience meaningful.

The Purpose of “10 Minutes With”

I was concerned that many of Al’s interactions at school are with adults and that because he needs to be fed in break times, students often find it difficult to approach and interact with him as an individual. It seemed to me that people often interacted with him through support staff (SLSO). As Al and his peers move into the final stage of schooling I was interesting in trying to give his peers experience in interacting with Al as an individual. I had this in mind when I thought about “Ten Minutes With”. Another aim in “Ten Minutes With” was for my student to develop an understanding of vocabulary that is more suitable to his age, and to provide him with an opportunity to understand what life is typically like for people his age in his town.
When I was a High School English teacher part of our syllabus read “Students use literature to understand worlds other than their own.” I suppose I’m paraphrasing when I say my aim was for Al to use listening to understand his own world in a broader way.
My original idea was that Al would spend 10 minutes with one of his peers during his English period. This would fit the speaking and listening outcomes of the stage 3 English Syllabus. The students would be left alone; adults would be within sight but not able to hear what students said. In that way students could talk about whatever they wanted, and in any way they wanted, but could still call for assistance if need be. Al is the best listener ever, he leans towards the speaker and responds with “Yeah”, and he is totally confidential. So students can feel free to talk to Al about anything.
When I discussed Ten Minutes With with the class teacher, she was very eager to promote the program and asked if she could think about it for a while and meet again to make a plan. When we met she had a suggestion that actually made this program work. She suggested that two students, rather than one, sit with Al and chat. That way they could talk to each other as well as Al, and the conversation would flow more freely. I agreed and we began.

I must say here that I was overwhelmed by the kindness of the students, not only to Al, but also to me. They understood that I believe this an important part of Al’s learning and they treated it as such. They respect Al as one of them and that’s clear in their mutual enjoyment of the program.
I soon sent out an email explaining the program and asking teachers to be understanding. Once they understood what was going on, staff became advocates for “10 Minutes With”. This is the best thing I have done this year. Al loves spending 10 minutes with his peers and most of his peers really enjoy spending time with him. Many things are discussed, sometimes students keep their secrets, sometimes they tell me that they’ve talked about music, or played music for Al on their phones, some tell me that they’ve talked about gaming and Al was a bit bored. Sometimes Al is so engaged and excited that we can hear him yelling from our distant seats.
I wish I could show a photo of Al at these times. He sits up straight, his facial expression tells that he’s listening intently, or laughing, or just enjoying himself.  The SLSOs who are with Al all the time report that students are more willing to have a chat with him in unstructured settings these days.   Al can’t use the words he hears from his peers but he is getting used to them and his experience of the world has been made broader by these 10 minutes.

Other ways to use “10 Minutes With”