Legos can be used to promote braille skills with dual media learners by providing motivation and reinforcement.

Braille Lego sets coming out next year are the talk of the town this week amongst Teachers of the Visually Impaired.  I personally will be counting the days until they are released.  I’m a self-described Lego fanatic and any time I can incorporate Legos into a lesson, it’s a win-win.  Legos are a part of my ever-expanding TVI toolkit.

Legos were my breakthrough tool with a struggling braille reader.  She is a dual media learner with a hearing loss who had hit a plateau in grasping uncontracted braille.  She was great at identifying letters, but putting together words was a struggle.  When my student started first grade, our incredible Assistive Technology Specialist, Neal McKenzie suggested giving Braille Legos a try. Neal, @Neal_AT, had printed some Braille Legos on the 3d printer, similar to what Cierra Brettnacher posted recently on Paths to Literacy.

I brought in the Lego alphabet blocks with a few extra common letters (e, l, t, n…think Wheel of Fortune popular picks).  What happened instantly was amazing.  My student starting playing with our new hands-on activity as she exclaimed, “I love Legos!” She placed the letter blocks on the Lego base to try them out.  After a few minutes of play, I saw she had formed a word.  It wasn’t an easy word; it was “low.”  I thought maybe it was a coincidence, so I asked her what she had put together.  She said “l – o – w” but pronounced the word like cow.  I then found myself using the words I heard her classroom teacher say to teach any other student in the room about –ow rules. Well, her love of Legos was the opening I was looking for.  From there, a dual media braille literacy activity naturally materialized.

From that day forward, Legos have become a fixture in my TVI toolbox.  I am using Building on Patterns and the Mangold Method, but supplementing Legos was really making my student excited to learn.  The fine motor skills get approval from her OT.

There are also a bunch of fun offshoots from this initial activity that resulted:

Mix up the Lego letters; replace one letter to form a new word; start a Braille Lego Scrabble game; input the letters on a Perkins Brailler; label items in the classroom.  Having my student create a learning game were the best sessions, in my opinion.

I began trying to create Lego-based learning games to assist with braille literacy.  I wasn’t finding too much on Twitter or Pinterest, so I made my own.  I was connecting with my student, we were having fun, and there was noted progress.    The other students wanted to participate as well.

At a high school I incorporated Lego activities with a student who was just starting to learn braille.  The fun and familiar Legos took away some of the scary aspects of starting to learn braille at age 17.  She was studying coding in school, so I brought in a fantastic coding activity from Coding a Lego Maze.  It was truly a fun hands-on learning experience the entire class participated in.  Again, it is an activity that can be modified for all ages and abilities. On Twitter I saw a post on a fabulous STEAM activity.  My student loved making Lego letters with the single, double, and triple pieces.  Her hands were getting stronger with the fine motor practice.
I actually set up this activity at an elementary Maker event (#MakerWorld2018) as a hands-on activity and to promote braille awareness.  The Braille Bug alphabet was a handout and all students that attended the event could make their names in Braille Lego letters. 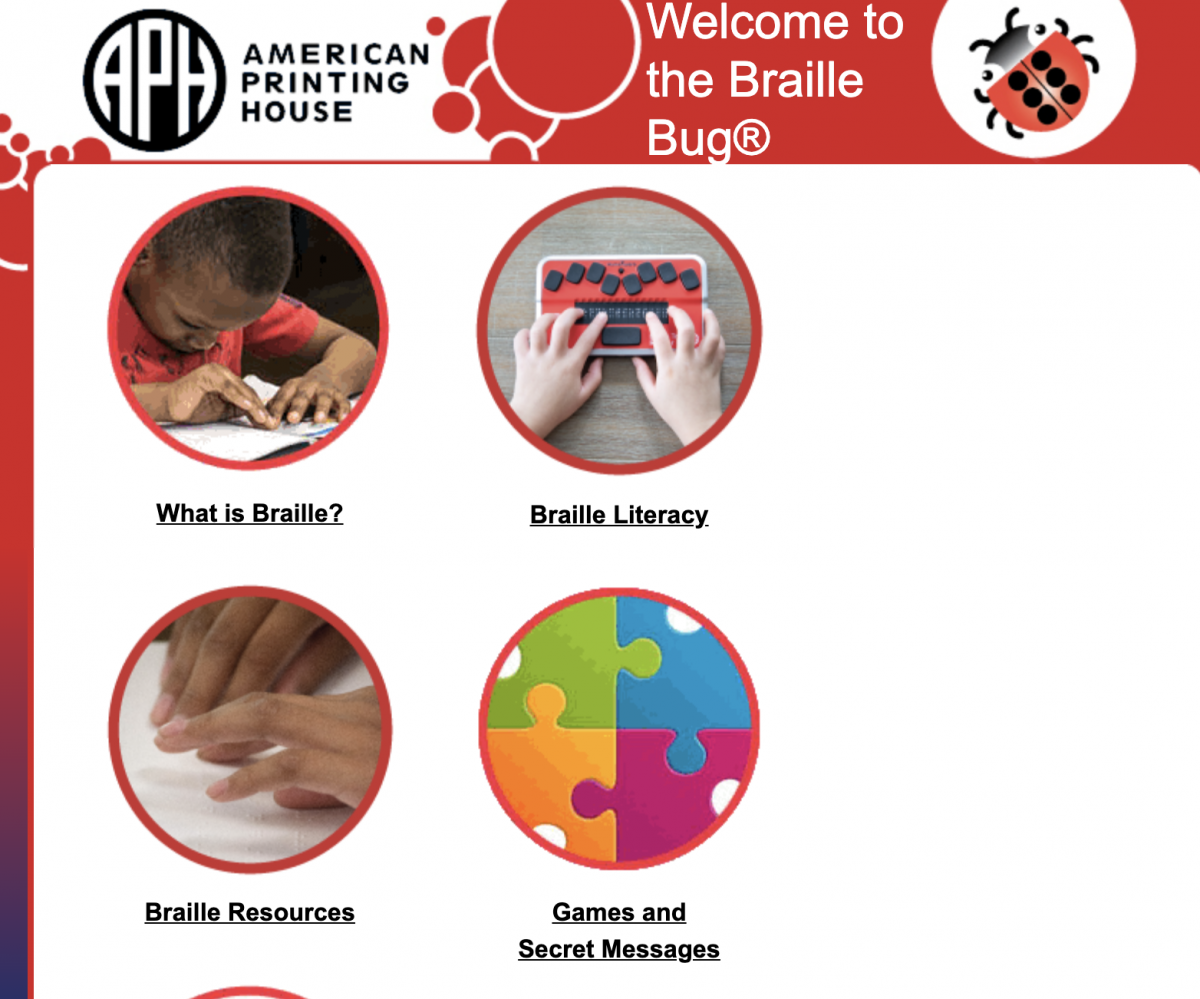 Now I find that I am getting a bit more creative with my use of Legos in braille instruction.  My second grade, dual media learner is my student who wants our braille lessons to be fun.  To fulfill her request, I brought in some helpers: #LegoGirls (yeah, we gave them have a hashtag!)

The Lego Girls first appeared with some sight word activities we were doing, similar to the aforementioned Three Blind Mice.  My student spelled out sight words on a Lego base with a flash card prompt that has large print, braille cells, and embossed braille.  The Lego Girls were just a fun addition at that point. From there, the Lego Girls just became part of the lesson.  I loved my student’s enthusiasm for braille and the genuine affection she showed for the Lego Girls.  The Lego Girls can be brought in at any level of braille instruction. Video of Lego Girls in Action

There were a lot of questions on how I was using the Lego Girls, so I created a video of my student putting together braille letters with the Lego Girls.  You may notice I take my emcee job very seriously!

I can’t wait for Lego to release their Braille Lego set, but there is plenty of ways to provide meaningful and fun braille activities for your braille student at any level.